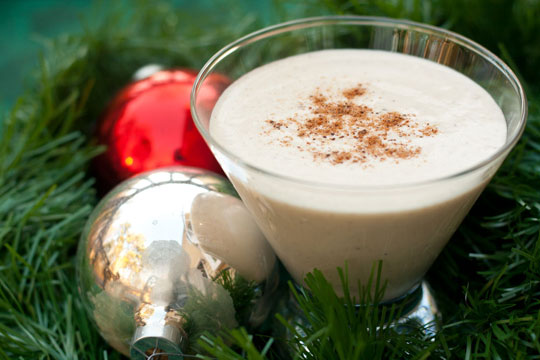 A wonderful, homemade eggnog. This puts store-bought eggnog to shame, and it’s more than worth the extra effort! Begin 2 hours ahead of time, or early in the day. You can also make the preliminary mixture the night before if you like. If you’ve never had genuine, home-made eggnog, you don’t know what you’re missing out on!